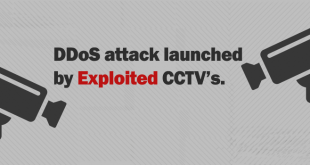 CloudFlare a site for enhancing your site’s performance and preventing DDoS attacks has ran into some trouble the last couple of days with large attacks hitting their servers.

The DDoS specialists at CloudFlare first noticed attacks of noticable size throughout the last 72 hours.

“We’re still gathering data from our upstream providers, but it appears the attack peaked just shy of 400 [gigabytes per second],” Matthew Prince, CEO of Cloudflare stated, detailing he couldn’t expose the specific CloudFlare customer being targeted in the attack.

CloudFlare is constantly seeing large DDoS attacks against its network, which makes it difficult for researchers to target just how long this specific attack lasted, Prince said.

“The attack was quite distributed and we saw traffic from it across all of CloudFlare’s global data centers,” Prince said. “The outward effects of the attack were most felt in Europe where we saw increased congestion slowness on our network.”

Prince also revealed how the attack was also significant for being a NTP reflection attack a technique which has been  gaining popularity since 2013.

NTP is short for Network Time Protocol, which computer systems use to set clocks correctly, and an NTP reflection attack involves delivering huge amounts of information based on short requests, you can read more on it via a blog post by John Graham-Cumming, a programmer with CloudFlare.