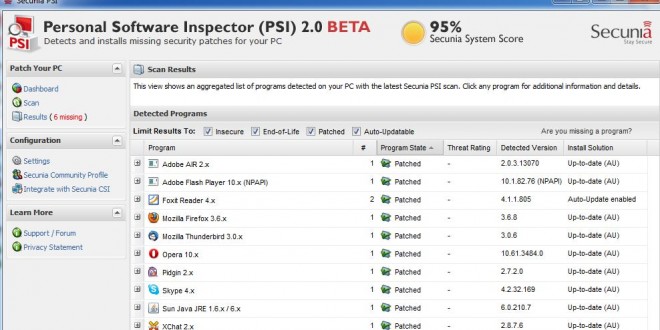 Secunia, a Danish vulnerability management firm, disclosed an unpatched vulnerability within an image viewing application used by organizations in both the private and the defense sectors to a public mailing list.

Now, thanks to an email error, a vulnerability once sheltered by a coordinated disclosure program has been exposed.

The disclosure was accidental. An email written by Secunia’s Advisory Team Lead, Chaitanya Sharma, was supposed to be addressed to the ‘vuln’ address at Secunia. However, it looks as if the auto-filled address (likely caused by typing the letter “V” alone and hitting the Tab key) instead pointed the email to vim [at] attrition.org – the Vulnerability Information Managers mailing list.

The publically posted email chain, which is part of Secunia’s vulnerability disclosure program, centers on the work of James Fitts, who himself is a researcher that discovered a Stack-based Overflow in Intergraph’s ERDAS ER Viewer application.

“The disclosure of the vulnerability was – exactly as you suggest – an error, and instead of cc’ing an internal Secunia email address, the researcher working on the case by accident cc’ed the mailing list,” Morten Rinder Stengaard, Chief Technology Officer at Secunia told SecurityWeek in response to an email inquiry. “This is of course extremely unfortunate, and we are currently going through all procedures to ensure that it cannot happen again in the future.”

Intergraph, headquartered in Madison, Alabama, creates software that is used in the defense and intelligence sector (anti-terror / geospatial intelligence), as well as emergency, electric, road, rail, airport, and seaport infrastructure management. In short, they can offer data authoring software to all types critical infrastructure for a number of needs. Highlights from the company’s customer portfolio include the U.S. Army Corps of Engineers, the U.S Border Patrol, Amnesty International, state government agencies, and universities.

ERDAS ER Viewer is the freeware application that allows users to view large JPEG 2000 and ECW files. It can also support a number of other image formats, geared towards large-format printers and mapping software. The same core functionality is also included in the paid version, ERDAS ER Mapper, which is included in Intergraph’s IMAGINE suite of geospatial image processing and analysis software.

According to the email written by Secunia, the ERDAS ER software has two unpatched flaws. The first flaw is the stack-based buffer overflow that was initially disclosed to Secunia, and the second flaw was supposedly patched in April by Intergraph, but Secunia reported the fix was only released to “a restricted audience.”

As for the vulnerabilities discovered by Fitts; An attacker would likely use Phishing in order to trick a user into opening a ERS file (a format supported by the ERDAS ER software), which can be used to trigger one of two overflow conditions in the rf_report_error function of the ermapper_u.dll used by Intergraph’s software. With an invalid, overly long ERS file, exploiting the disclosed vulnerabilities can cause limited stack-based buffer overflows and execute of arbitrary code.

If your firm is using Intergraph’s IMAGINE software suite, including ERDAS ER Viewer / Mapper, you should insure you’re using the latest version of the software. For the Viewer, the last version was released May 17, 2013. As for the recently disclosed vulnerabilities, those represent a level of informed risk at this point, as there is little to be done (outside of the normal vigilance and awareness training that may already exist within your organization) to prevent the flaws from being exploited.