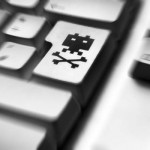 According to a recent security article from Sophos, “drive-by” download attempts now comprise more than half of malware assaults on Web users. And the most seen drive-by exploit accounts for 31 percent of the internet attacks discovered by the company’s security package in the last half of 2011—a bundle called Blackhole.

Blackhole constitutes an exploit kit accustomed to inject malware, adware and spyware into PCs that visit an exploit internet site, or are redirected to such a site from a different, compromised website. The kit’s developers endlessly update Blackhole’s exploit capabilities, which revolve around Java vulnerabilities, but Sophos alleges that a lot of computers continue to have older exposures because of haphazard Java patch installment. Hackers commonly apply the exploit kit to drop malware specified botnets assembled with the Zeus toolkit, rootkits, or false antivirus bundles that pressure users to pay for deceitful malware protection.

Amongst the additional security statistics in Sophos’s article: