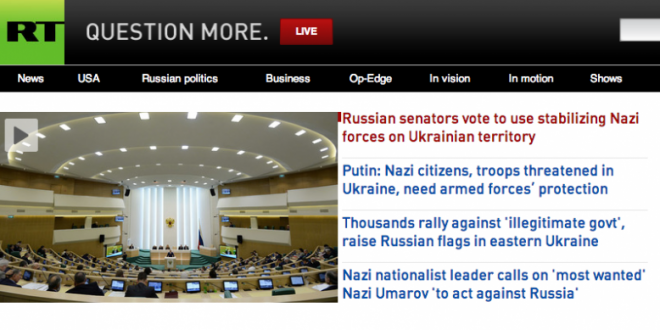 Moscow-based Russia Today was hacked and its site was defaced Saturday, the organization reported on Twitter.

Hackers defaced the site, in some places changing “Russia” or “Russians” with “Nazi” or “Nazis.” It wasn’t yet clear who had been accountable. The modifications to the RT website remained in place for up to 30 minutes until the station tweeted everything was back to normal.

The breach on the pro-Kremlin news group happened fewer than 24 hours following the Russian parliament authorized the employment of military force in Ukraine’s Crimea. The station’s coverage of the circumstances has approvingly sided with Russian President Vladimir Putin on using soldiers in Crimea, who’s said the military intervened to “protect the people.”