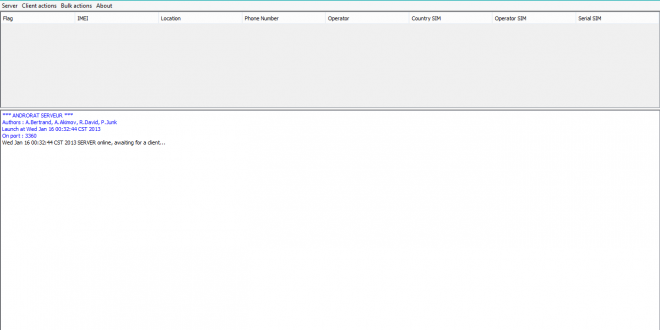 Rise in Android Malware due to AndroRAT

AndroRAT is an open-source program that was produced and released on the Internet in November 2012, it’s a RAT (Remote Administration Tool)  for the Android OS and does what other RATs do, it allows a remote attacker to control the infected victim.

AndroRAT has a user friendly control panel or GUI that allows the control of victims, this includes make phone calls and send SMS messages of infected devices, it is also able to get its GPS coordinates, access to files stored on the handset and activate and use the microphone and camera.

The fact that Android OS has increased its popularity has had as consequences an increase of malicious code developed for the Google’s platform, RATs included. 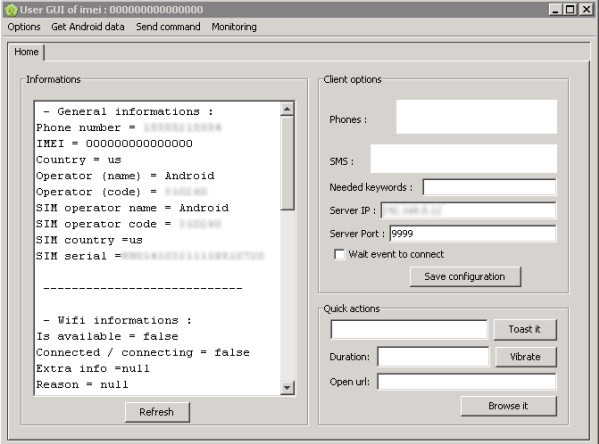 The AndroRAT (Android.Dandro) appeared on some forums last year, many forums have offered it to respond to the request of cybercrime ecosystem. There also easy to use tools called, “Binders” which allow users to repackage and Trojanize legitimate Android applications with AndroRAT.