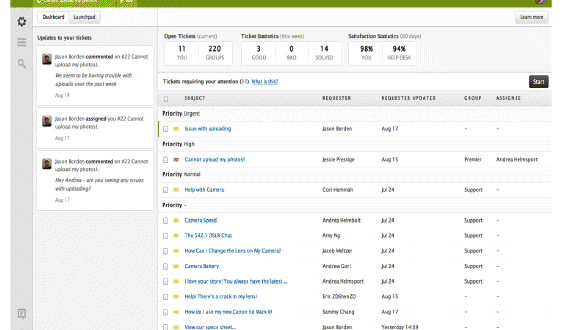 Zendesk stated Thursday a hacker acquired access to support data for some clients of its online help desk software.

“We’ve become aware that a hacker accessed our system this week,” wrote Mikkel Svane, Zendesk’s CEO. “As soon as we learned of the attack, we patched the vulnerability and closed the access that the hacker had.”

The company has more than 20,000 customers, including large enterprises such as Sears, Xerox, Groupon, and the new zombie MMO The WarZ.  Svane published that the three affected clients have been notified, but he didn’t identify the businesses.

“We’re incredibly disappointed that this happened and are committed to doing everything we can to make certain it never happens again. We’ve already taken steps to improve our procedures and will continue to build even more robust security systems. We will continue to diligently work with our affected customers to mitigate any impact.

“We are also completely committed to working with authorities to bring anyone involved to justice and make certain we fully understand what happened. As this process unfolds, we aim to update our customers in as transparent and timely a manner as possible about new developments.”

Zendesk is the latest company to join what has become a who’s who of American businesses to admit they’ve been compromised in recent weeks.  Apple, Facebook, the New York Times and several other companies all have come out publicly to say that they’ve been the victim of a compromise of one kind or another.