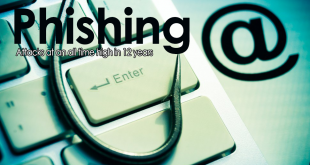 Phishing threats at a all time high

“TURKTRUST told us that based on our information, they discovered that in August 2011 they had mistakenly issued two intermediate CA certificates to organizations that should have instead received regular SSL certificates,” Adam Langley, a Software Engineer at Google published in a blog post on Thursday.

Microsoft has also issued a security advisory on the incident and took measures to protect clients, saying they’d update the Certificate Trust list (CTL) and allow an update for all certified releases of Microsoft Windows to remove the certificates in question.