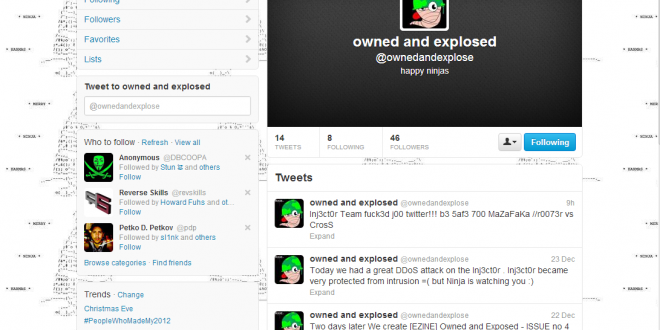 Owned and Explosed Twitter hacked By the Inj3ct0r Team

@Ownedandexplose has been hacked today by Team Inj3ct0r after making numerous threats of attacking 1337day.com and exploit-db.

Primary goal @exploitdb and @inj3ct0r . Expect an attack at midnight 25 December 2012 . Merry Christmas to you all, and a happy new year!