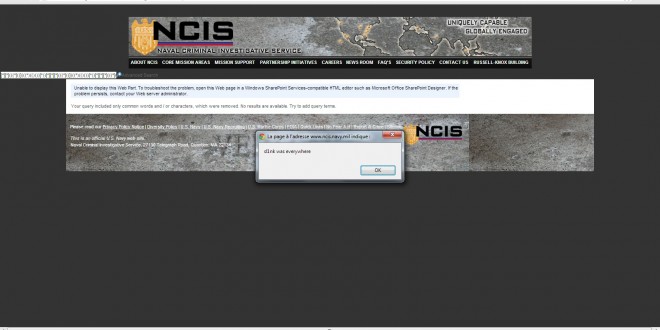 The infamous @SuperSl1nk has done it again, he has found XSS DOM flaws in a total of 4 US government sites.

Cross-site scripting (XSS) is a type of computer security vulnerability typically found in Web applications. Due to breaches of browser security, XSS enables attackers to inject client-side script into Web pages viewed by other users. A cross-site scripting vulnerability may be used by attackers to bypass access controls such as the same origin policy.

SuperSl1nk in the past has hacked a number of government agencies back in 2011, which includes the Department of Defense (DoD), Pentagon, NASA, NSA.