Well known hacker Hannibal has released a Pastebin post that’s taking claims that hit headlines around the world within hours.

The Pastebin file holds a message which is to the world and Anonymous hacktivist who have been involved in the assaults on Israeli governments and public websites over the last week in support to Gaza from air strike attacks. 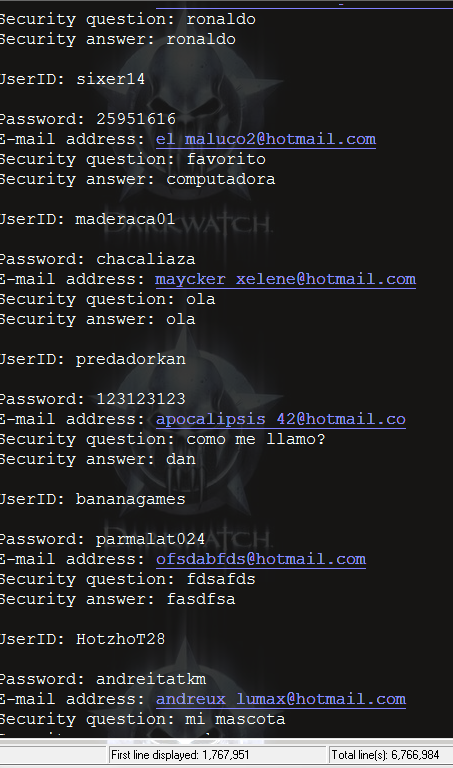 In the Pastebin document he claims:

Do you have forgotten that Israel stands alongside the world’s best hacker – Hannibal ???Who the hell you think you are? I’ll fuck you.I AM HANNIBAL. I am the best hacker in the world, all Americans who do not know who I am,  just Google it

The dumps have been uploaded to several file sharing sites and is a 25.4MB RAR file which contains a text file named Punished_By_Hannibal.txt which is 134 MB and contains 6,766,984 lines with each set of leaked data as below.