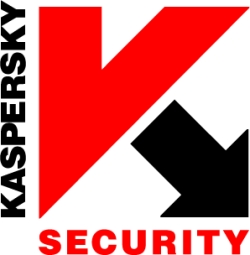 Kaspersky Lab announces the results of new research related to the discovery of the sophisticated nation-state sponsored Flame cyber-espionage campaign.

During the research, conducted by Kaspersky Lab in partnership with International Telecommunication Union’s cybersecurity executing arm – IMPACT, CERT-Bund/BSI and Symantec, a number of Command and Control (C&C) servers used by Flame’s creators were analyzed in detail.

The analysis revealed new, groundbreaking facts about Flame. Particularly, traces of three yet undiscovered malicious programs were found, and it was discovered that the development of the Flame platform dates back to 2006.

The Flame cyber-espionage campaign was originally discovered in May 2012 by Kaspersky Lab during an investigation initiated by the International Communication Union. Following this discovery, ITU-IMPACT acted swiftly to issue an alert to its 144 member nations accompanied with the appropriate remediation and cleaning procedures. The complexity of the code and confirmed links to developers of Stuxnet all point to the fact that Flame is yet another example of a sophisticated nation-state sponsored cyber operation. Originally it was estimated that Flame started operations in 2010, but the first analysis of its Command and Control infrastructure (covered by at least 80 known domains names) shifted this date two years earlier.

The findings in this particular investigation are based on the analysis of the content retrieved from several C&C servers used by Flame. This information was recovered despite the fact that Flame’s control infrastructure went offline immediately after Kaspersky Lab disclosed the existence of malware. All servers were running the 64-bit version of the Debian operating system, virtualized using OpenVZ containers. Most of the servers’ code was written in the PHP programming language. Flame’s creators used certain measures to make the C&C server look like an ordinary Content Management System, in order to avoid attention from the hosting provider.

Sophisticated encryption methods were utilized so that no one, but the attackers, could obtain the data uploaded from infected machines. The analysis of the scripts used to handle data transmissions to the victims revealed four communication protocols, and only one of them was compatible with Flame. It means that at least three other types of malware used these Command and Control servers. There is enough evidence to prove that at least one Flame-related malware is operating in the wild. These unknown malicious programs are yet to be discovered.

Another important result of the analysis is that the development of the Flame C&C platform started as early as December 2006. There are signs that the platform is still in the process of development, since a new, yet not implemented protocol called the “Red Protocol” was found on the servers. The latest modification of the servers’ code was made on May 18, 2012 by one of the programmers.

“It was problematic for us to estimate the amount of data stolen by Flame, even after the analysis of its Command and Control servers. Flame’s creators are good at covering their tracks. But one mistake of the attackers helped us to discover more data that one server was intended to keep. Based on this we can see that more than five gigabytes of data was uploaded to this particular server a week, from more than 5,000 infected machines. This is certainly an example of cyber espionage conducted on a massive scale,” commented Alexander Gostev, Chief Security Expert, Kaspersky Lab.

Detailed analysis of the contents of Flame’s command and control servers is published at Securelist.com.