False Browser updates on the rise 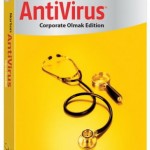 Users of Symantec Endpoint Protection (SEP), the company’s enterprise endpoint antivirus solution, who are running Windows XP, may have been greeted with a nasty surprise this week: the famous blue screen of death (BSOD).

According to Symantec, the bug affected users running SEP 12.1 on Windows XP 32-bit and 64 bit editions.

This is certainly not the first time an anti-virus product has caused systems to crash and render them unusable. In April 2010, a faulty update from McAfee rendered thousands of systems unusable, including many hospitals and other critical organizations. A similar incident occurred with AVG in December 2010 that crashed systems running Microsoft’s 64 bit Windows 7 OS. Another similar incident occurred with ESET in 2010 as well. These are just a few examples.

SEP should not be confused with Symantec’s Norton product targeted toward consumers, which was not affected by the faulty update.

More information from Symantec, including suggested solutions is available here.