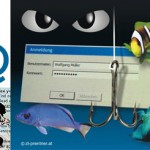 The highest ever number of unique phishing sites was detected in February.

According to the Anti-Phishing Working Group (APWG) report for the first quarter of 2012, 56,859 unique phishing sites were detected in February, while between 25,000 and 30,000 unique phishing email campaigns are detected each month.

Ihab Shraim, CISO and vice president of anti-fraud operations and engineering at MarkMonitor, said: “Phishing measurements are up across the board, with one of the biggest increases we have ever seen in a single quarter.

“While this increase is chiefly due to new phishing detection technology that we began rolling out early in 2012, we also observed the payment services category returning to its position as the second most popular phishing sector and large increases in activity in the social networking, ISP and government sectors, too.”

The report found that the financial services sector was the most targeted industry sector in the first quarter of 2012, with 38.1 per cent of campaigns against it. The next most targeted was payment services with 21.5 per cent.

It also found that the average number of infected PCs across the globe stood at 35.51 per cent, which was more than three points lower than in 2011. China was the highest infected country with 54.10 per cent; the UK was ranked 29th with 24.17 per cent.

Data from Kaspersky Lab’s June spam report found that phishing emails accounted for 0.01 per cent of all email traffic. Symantec’s June 2012 intelligence report found that the global phishing rate increased by 0.04 per cent in that month, taking the global average rate to one in 467.6 emails (0.21 per cent) that comprised some form of phishing attack.

Luis Corrons, technical director of PandaLabs and an APWG trends report contributing analyst, told SC Magazine that most of the phishing sites are still down to websites being compromised, while this exceptionally high figure can be for different reasons, including that the more websites there are, the more that are compromised, the percentage is the same everywhere.

“However, one could expect that some less technologically advanced countries had a poorer security and therefore they would be hosting more malware,” he said.

He also said that he had not seen any increase at PandaLabs recently, confirming the recent information from Kaspersky Lab and Symantec.

Privacy specialists are disputing this week the FBI, which keeps a massive – and apparently even bigger than anticipated database of facial recognition photos, isn't doing enough to...