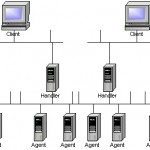 Privacy specialists are disputing this week the FBI, which keeps a massive – and apparently even bigger than anticipated database of facial recognition photos, isn't doing enough to...