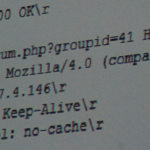 According to FireEye Research, two Netherlands-based command and control servers were taken offline on July 17.

But ISPs in Russia and Panama are still continuing to host Grum botnet command-and-control servers, after Dutch authorities shut down C&Cs in their country.

Botnets are the target of a growing international effort targeting their C&C servers.  With new technology botnets are making it more challenging for authorities to track them down.  Earlier this year, Microsoft claimed credit for taking down the extensive Zues and SpyEye botnets, and earlier this month the DNS servers associated with DNSChanger were finally shut down and taken over by the feds.

“With these two servers offline, the spam template inside Grum’s memory will soon time out and the zombies will try to fetch new instructions but will not able to find them. Ideally this should stop these bots from sending more spam”,

“Using these two live servers, the bot herders might try to recover their botnets by executing a worldwide update. No action has been taken by the bot herders so far. There is complete silence from their side,”