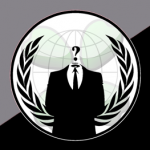 The group made swore during an attack last week on several FTC websites, which it laid claim was in resistance to the proposed Anti-Counterfeiting Trade Agreement – a varied attempt to crack down on piracy and infringement of copyright in the United States which is forbidding internet freedom.

‘Yes, each and every Friday we will be launching attacks… with the specific purpose of wiping as many corrupt corporate and government systems off our internet,’ a member of the group said in an interview with Wired.com.

‘It’s more than just delivering a message or speaking truth to power… we are trying to disrupt their ability to operate and do business.’

The Anonymous member said added ‘no foreseeable end in sight’ for the online attacks, adding: ‘This is war.’

Also, many believe that Anonymous got the date from LulzSec, which every Friday was “Fuck FBI Friday” where they hacked or brought down a Government website.